Earlier this month, Jim Park wrote a phenomenal article for Heavy Duty Trucking about one of 2018's most tragic truck crashes. On April 6, 2018, near the town of Tisdale, Saskatchewan, a B-train tractor trailer collided with a bus carrying the Humboldt Broncos junior hockey team. Sixteen lives were lost that day.

The Human Cost of Inadequate Training

I've been following this accident since it happened. From the beginning, I was struck by how ill-prepared this driver was to do his job, and impressed by his willingness to accept responsibility for the incident. But as Park rightly notes, responsibility also rests with his employer and even the government of Canada for failing to ensure the driver received adequate training.

Most likely this driver, like many new drivers in both Canada and the U.S., only received enough training to pass a driving test and get a CDL. On the day of the collision, he had been driving a commercial vehicle for a total of three weeks. Park writes:

We do not know much about his driving background except that he took a week-long truck driver training course in August 2017, was tested, passed, and granted his CDL. He then left Canada for India, his native country, to get married and returned to Canada in March 2018, where he was hired by Calgary, Alberta-based Adesh Deol Trucking three weeks before the crash. Reports say he had run for two weeks with another driver; the week of the crash was his first week on his own...

How Sidhu came to be piloting a 140,000-pound B-train combination with three weeks of experience is a conundrum, yet there are no regulations or requirements that say you need a certain amount of experience before you do. In fact, B-trains are a common piece of equipment in western Canada, so it’s not that much of a stretch that he would be pulling one, but so soon after getting his license?

He should never have been placed in that position, but his employer apparently didn't think it was a problem.

The Humboldt crash is a tragic example of the high costs, both human and financial, of inadequate training. It's also a stark reminder of the importance of federally mandated entry-level driver training (ELDT in the U.S. and MELT in Canada) to ensure that new drivers receive sufficient training to operate a commercial vehicle.

Until the ELDT and MELT programs are in full effect, most new drivers are not well prepared to deal with all the situations that they may encounter while on the road. But fleets also have a responsibility to properly train new drivers.

Here at ITI, we've found that our safest fleets have an aggressive, frequent training schedule for inexperienced drivers. They treat training as an investment in their employees, not a box to be checked. They treat their employees as assets to be nurtured, not costs to be minimized. This attitude gives fleets an edge not only when it comes to safety, but also when it comes to hiring and keeping qualified drivers.

With that in mind, here are some steps you can take to invest in new drivers now and help them become well-rounded employees who stay with you for the long haul:

With the onset of the ELDT program in the U.S. and the nationwide rollout of MELT in Canada, my hope is that incidents like the Humboldt crash will become even fewer and far between. In the meantime, it's up to individual fleets and safety managers to give new drivers the training they need, not merely the training current law requires.

Tanker Rollover Prevention: The Surprising Cause of Rollovers Apr 02, 2021
2021 Roadcheck is coming! Here's everything you need to know. Mar 29, 2021
Matching your org chart to reality in Sentix Pro with Locations Tab Mar 22, 2021
Forklift Safety: Loading and Unloading a Trailer Aug 20, 2012
Driver Training for Lane Changes and Intersections Jan 22, 2016
Reversing a Truck and Trailer: Training to Avoid a Common Accident Feb 08, 2013 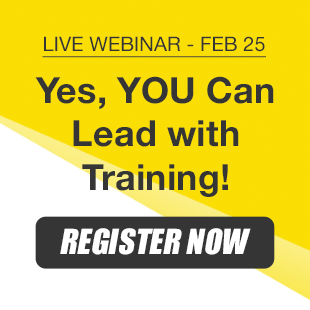 Are You Ready for ELDT?

FedEx Ground ISPs: We've Got Training for Your Drivers!

Keep Your People Organized with the Locations Tab Once again, you spoke and we listened. Starting March 25th your Sentix...

More than 41 million people in the U.S. speak Spanish at home, about 13 percent of the population. If you don't already ...

Overcoming the Challenges of Tire Chains for Truck Drivers

Steep mountain roads or raging blizzards can make can make driving a challenge. The traction provided by tire chains can...